Sexual harassment is a type of harassment technique that relates to a sexual nature. It includes a range of action from mild transgressions to sexual abuse or assault. Harassment occurs in many different social are like workplace, home, school etc. Mainly in India sexual harassment is occured a man to a woman. The act has identified sexual harassment as a violation of the fundamental rights of a woman to equality under article 14 & 15 of the constitution of India and her rights to life & to live with dignity under article 21 of the constitution. The Indian penal code also have a section regarding sexual harassment. Section 354 deals with this. It says that Assault or criminal force to woman with intent to outrage her modesty shall be punished with imprisonment not less than one year but which is extend to five years and shall be liable to fine.

In the workplace harassment may be considered as a illegal offence when it frequent or severe thereby creating a offensive work environment .Sexual harassment by an employer is a form of illegal EMPLOYMENT DISCRIMINATION. For many businesses or organizations, preventing sexual harassment & defending from these charges have become key goals of legal decision making.

Although legal activist CATHARINE MACKINNON is something credited with creating the laws surrounding sexual harassment in the U.S. with her 1979 book entitled about sexual harassment in workplace. The first known use of the term was 1973 report about discrimination called “SATURN’N RINGS” by MARY ROWE , though Rowe has stated that sexual harassment was being discussed in women’s groups Massachusetts in early 1970s & wasn’t likely the first person to use the term. At the time, Rowe was the chancellor for women &work at the MASSACHUSETTS INSTITUTE OF TECHNOLOGY.

Sexual harassment first becomes codified in U.S. law as the result of a series of sexual harassment cases in the 1970s & 1980s. Many of the early women pursuing these cases were African American; often former civil rights activities who applied principles of civil rights to sex discrimination.

THIS IS A LANDMARK CASE. In 1976, this case allowed the court to recognize quid pro sexual harassment as a form of sex or gender based discrimination. Quid Pro Quo harassment occurs when an employer requires an employee to submit to unwelcome sexual advances or request for sexual favour . In the suit, Daine Williams alleged that she had a good working relationship with Harvey Brinson, her supervisor at the U.S. Justice Department where she was employed as a public information specialist, up until she refused a sexual advance made by Mr. Brinson in June of 1972. Ms. Williams, an African American asserted that thereafter Mr. Brinson engaged & practice of harassment of her , refusal to inform her of matters for the performance . Eventually , Ms. Williams

was terminated from her position in September of 1972.The court ruled in favor of Ms. Williams, thus helping future victims of quid pro quo sexual harassment successfully file suits against their bosses.

This act is a legislative act in India that seeks to protect women from sexual harassment at their place of work. It was passed by Lok Sabha on 3 September 2012. It was passed by Rajya sabha on 26 February 2013. The bill got the assent of the president on 23 April 2013. This statute superseded the Vishakha Guidelines for prevention of sexual harassment introduced by the Supreme Court of India. It was reported by the INTERNATIONAL LABOUR ORGANIZATION that very few Indian employee were complaint to this statute. Most Indian employers have not implemented the law despite the legal requirement that any workplace with more than 10 employees need to implement it. According to a FCCI-EY November 2015 report 36% of Indian companies & 25% among MNCs are not complaint with Sexual Harassment Act, 2013. The Government has threatened to take stern action against employers who fail to comply with this law. The date of commenced of this Act was 9 December 2013.

This is one of a LEADING CASE in INDIA. In this case the former Supreme Court Woman staffer, who had leveled allegation of sexual harassment against CJI Ranjan Gogoi, has said that her worst fears have come true & all her hopes of justice have been shattered. On April 26 she had joined proceedings of the in-house committee & it is headed by Justice SA Bobde, senior most judge of Supreme Court after CJI & two members of women judges.

Cases regarding Sexual Harassment in India

Sexual Harassment In The Technology Sector (IT SECTOR)

Tech giants have been accused of having cultures that ignore or perpetuate harassment and gendered discrimination. As out-of-office responses go this one was sure to get people’s attention. A leaflet left on the desks of Google employees read: ‘Hi, I’m not at my desk because I’m walking out in solidarity with other Googlers and contractors to protest sexual harassment, misconduct, lack of transparency, and a workplace culture that’s not working for everyone. I’ll be back later’.

Starting in Google’s Singapore office, the co-ordinate action saw employees and contractors walk out of 50 Google locations. Dubbed ‘Walkout for Real Change’, it was organised in response to the news that Google had fired 48 staff over the past two years as a result of alleged sexual harassment.

The walkout came with a set of demands: an end to forced arbitration, equal pay and opportunities, a publicly-disclosed sexual harassment transparency report (to include data on allegations and payoffs), a clear reporting process for sexual misconduct, the appointment of an employee representative to the board, and promotion of the chief diversity officer to answer directly to the CEO. Accompanying these demands was something else: a sense of frustration or as the organizers of the walkout put it ‘we’ve had enough’.

Russ Shaw, founder of Tech London Advocates and Global Tech Advocates, describes the Google walkout as a timely reminder for the sector of the importance of transparency. “It now falls on Google and the sector to respond to and address the challenges not with words but with actions,” states Shaw. “Businesses must be open to public scrutiny that will force change at the pace required.”

Such change can be difficult to achieve in a sector brimming with start-ups, where the focus is on rapid growth, and where the culture is often shaped by maverick founders and strong CEOs. Shaw acknowledges the challenges faced by his industry around governance and structure. “Tech scale-ups can double their workforce every two years. This is therefore about getting systems and structures in place as early as possible that act for the betterment of employees and society, that are robust and dynamic, and that remain top of the agenda throughout the growth stage,” he says.

However, according to director of business ethics at Good Corporation Jane Ellis, tech companies are not unique in their tendency to neglect corporate governance and ethics. “The cultures of most businesses… through their initial development stage generally reflect that of the founders. Such cultures are often very driven, have high expectations, and at times can be unforgiving.” Ellis adds the warning that: “A wise start-up will recognize that although it is possible to break the mould with a product, ignoring good governance and responsible management practices comes at a heavy price, and not just in terms of bad headlines.”

“It’s not so much that a light bulb has gone on but that a dimmer switch has been turned up,” remarks Parekh. “These issues have always been taken seriously by businesses, but now you have the double effect of victims feeling empowered to raise issues and also of reports of sexual harassment being considered at a more senior level than they would have been two years ago.”

But while such actions tend to mitigate the risk for employers, real cultural change has to come from the top – something that won’t be easy in the tech sector says Helen Jamieson, managing director of HR and training consultancy Jaluch. “Not only do tech bosses have a tight grip within their own businesses, but most of the big names own hundreds of other tech companies too so the culture won’t be restricted to just one organization.” Jamieson points out that Google’s parent company Alphabet owns 7% of Uber, whose own scandal-hit CEO Travis Kalanick had to step down amid criticism of its ‘bro culture’ and a wave of sexual harassment claims.

Because of the long shadow that founders and CEOs can cast in an organisation it is them and not HR who are responsible for cultural change, Jamieson insists. “HR are not always the moral compass. That is surely the role of the CEO who sets the direction and tone. The key is for HR to have and develop a fantastic relationship with the CEO and board so that they are in a position to support with cultural change,” she says.

That cultural change may be on the horizon. One week after the Google walkout the company’s CEO Sundar Pichai issued a memo responding (mostly in the affirmative) to its employees’ demands and accepting that the tech giant needed to do better.

Here are the 7 steps I recommend to stop sexual harassment;-

Sexual harassment is a serious problem in the workplace and it has become one that receives a lot of negative attention. However, India is a late entrant in formalizing sexual harassment at workplace as a penal offence punishable with imprisonment and penalty. The harsh reality of sexual harassment cases at workplace is that there is more to worry about under-reporting than people misusing the law. With the advent of the present legislation, a paradigm shift can be noticed in the way employers are made liable for the breach of law by its employees. Until the enactment of this law, vicarious liability on sexual harassment at the workplace was non-existent. However, while the Government of India has been taking steps to monitor implementation of the 2013 Act in government offices, there is an absence of mechanism to check execution in the private sector. The damage that is happening as a result of state apathy is unpardonable and irreparable. 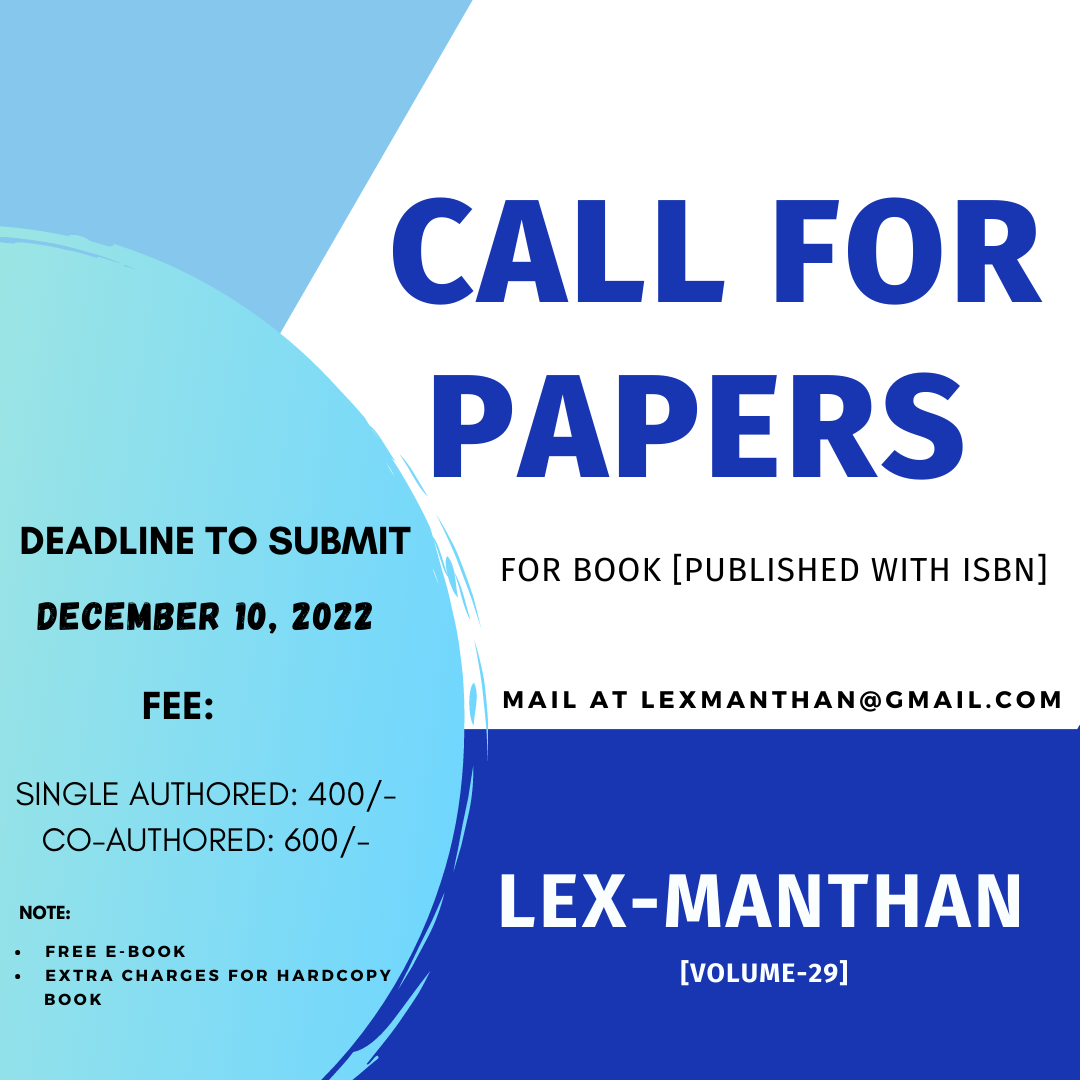